The ACFR leads Australia’s Integrated Marine Observing System (IMOS) AUV Facility. IMOS is a nationally coordinated program designed to establish and maintain the research infrastructure required to support Australia’s marine science research. It has, and will maintain, a strategic focus on the impact of major boundary currents on continental shelf environments, ecosystems and biodiversity. The IMOS AUV facility generates physical and biological observations of benthic variables that cannot be cost-effectively obtained by other means and this project will provide support for its fifth year of operation and into the future. We have established an Australia-wide observing program that exploits recent developments in AUV systems to deliver precisely navigated time series benthic imagery at selected reference sites on Australia’s continental shelf. These AUV-based observations are providing a critical link between oceanographic and benthic processes for Australia’s IMOS program. More details of this program can be found here. 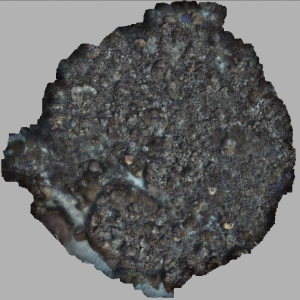 We have been pioneering methods for surveying both coral and temperate reefs using diver-held and AUV systems.  These techniques use stereo imagery to create detailed, 3D texture-mapped models of reef habitats.  During a recent trip to Lizard Island following Cyclone Ita, we

Recent work in collaboration with our partners has focused on collecting imagery to support the study or marine archaeological sites. Examples include the survey of a Neolithic settlement site off the coast of Greece, the site of a naval battle from the first Punic war that took place off the coast of Sicily in 241BC and numerous shipwrecks and hydrothermal sites around the Black Sea and Mediterranean. These surveys have all exploited our developments of advanced AUV survey techniques together with the ability to combine the resulting imagery to yield detailed three-dimensional models of the seafloor to provide archaeologists with a unique view of these sites. Visualisation of the resulting models can provide new insights into the layout of artefacts in these underwater sites.